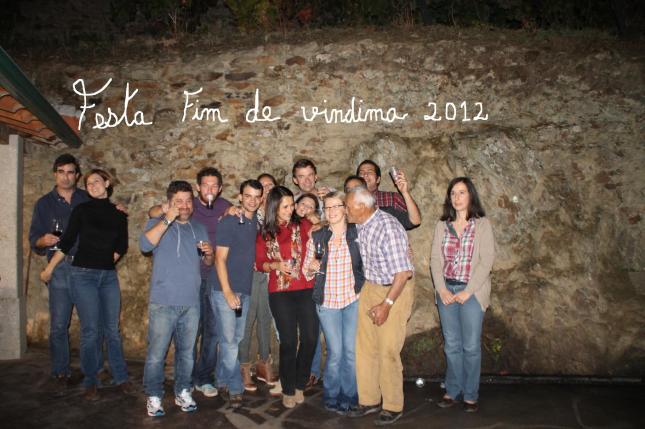 The Douro Valley with its dramatic and breathtaking landscapes is one of the most distinctive wine regions in the world. But that is not why this area is famous; whether you are cruising the Douro river or exploring the streets of Porto and Gaia, you are never far from being seduced by a glass of Port. Indeed, Port wine production runs through veins of Douro history, culture and even politics. It is the region’s distinguished and age-worthy Ports that enjoy a worldwide reputation. However, the recent shift to the production and marketing of characterful table wines is changing international perceptions and the reputation of what this hot, dry, remote and once barely inhabitable place can offer.

Douro DOC (Denominação de Origem Controlada) was one of the world’s first regulated wine regions, initiated by Marques de Pombal and created in 1756. The growing demand for its sweet, rich and opulent wines with high alcohol spurred commercial interest in fortified wines and subsequently in regulating its production by classifying the vineyards and certifying the wines. This laid the foundation for what was to become one of the most successful wine brands – Port. As shippers based in Villa Nova de Gaia started to blend and market their own brands, local table wines remained largely overlooked as it became difficult for individual producers to make and sell wine economically. Recent law changes (in 1986) brought new dynamism with many new Quintas (winegrowing estates) focused back on developing and perfecting table wines.

Of the region’s 45,700 ha of land planted with vine, close to three quarters are designed for Port production. Out of the three subzones (Baixo Corgo, Douro Superior) Cima Corgo is still the center of Port production but a search for land that is suitable for production of quality table wines (with high altitude and north facing slopes) has caused a frenzy of renovating and planting on new sites over the last decade. Thanks to considerate investment, incentives from the Portuguese government and the EU and the evolution of modern winemaking and a new generation of well-educated winemakers, Douro is undergoing an exciting change.

The economic prospects of the region are challenged by the wide gap between the relative poverty of the hundreds of small growers and the wealthy flagship Port houses. Over 40,000 individual vine growers work the majority of the land, each owning an average of 1.2 hectare giving them minimal profits. The additional challenge for the production of fine unfortified wines lies in the fact that grapes destined for Port production fetch a better price (Port grapes fetch €900 per pipe but table wine grapes only €225) and that 80% of local consumers buy wine in supermarkets under €2 a bottle, unprepared to pay premium prices. Port’s biggest challenge is the rising price of brandy in Europe (due to short harvests and the removal of an EU subsidy for the distillation of excess wine stock), forcing producers to pay an extra €14 million for the fortifying spirit in 2013, on top of a €21 million rise in 2012.

Convincing both local and international consumers of the value of wines across all price points and getting them to explore the diversity of more premium table wines is the next big step, and one that will require creativity. Angola, France and the UK are the largest export markets with the US, Brazil, Canada and China promising the highest potential for growth. Although the perception is often that Portugal is about cheap and cheerful brands such as Mateus, Lancers or Sir Cliff Richards’ Vida Nova, consumers are also starting to embrace more premium Portuguese wines. Recent figures from ViniPortugal show a remarkable value increase of 31% in 2014 UK exports (a 22% increase in volume) indicating consumers are trading up when purchasing Portuguese wines.

Douro’s producers are creating their own identity for unfortified wines. The great diversity of indigenous varieties such as Viosinho, Rabigato, Codega de Larinho, Donzelinho, Malvasia, Gouveiho (Spain’s Godello) and Bastardo, Sousão or Tinta Amarela (known as Trincadeira) is remarkable. While the majority of the wine world is focusing on growing international varieties, this challenging yet unique point of difference could make or break the Douro. Dirk Niepoort is one of the pioneers of the Douro as a source of such high quality table wines. This stubborn, highly charismatic and often controversial man has revolutionized the way the world views Portuguese wines and has successfully entered export markets that many producers can only dream of through his approach, balancing tradition with innovation.

In order to produce characterful, approachable fresh wines with good acidity and lower alcohol, the focus is on terroir and a winemaking philosophy where less is more. For example, Niepoort’s own vineyards are farmed organically and many of their growers follow the same path. There is evidence of a move from buying grapes across the region to a focus on individual sites or soils in order to drive unique styles and single block expressions. The growing shift is towards farming own vineyards and taking better care of the land, a trend that has seen a global revolution. Christian Seely is proposing to increase his vineyards by 100ha, doubling his current area with not only indigenous varieties but also a plan to experiment with Syrah, which should be suitable to local schist and granite soils.

This ongoing revolution is slowly changing the relationship between fortified and unfortified wine production in the Douro. While attention is still fixed on fortified wines, economic prospects for the region are turning towards more approachable whites and reds labeled as Douro DOC or more flexible Duriense VR (Vinho Regional). The flagship red varieties – Touriga Nacional, Touriga Franca, Tinta Roriz (Spain’s Tempranillo), Tinta Cão, Tinta Barocca – make the best Ports but are also capable of making noteworthy unfortified wines. This adaptability and the fact that these still wines do not require ageing like Ports (either prior or post release) allow early consumption and providing commercial benefit.

In years ahead, Douro will not be a place known just for cheap fruity wines but for great wines. The outstanding diversity of indigenous varieties, the rising quality and immediately approachable and affordable styles have unique potential in both established and emerging markets. What is more important is that there are an increasing number of people – producers, wine critics, sommeliers, importers – that share the same desire to promote Douro wines. Prospects will heavily depend on whether this enthusiasm will inspire consumers to actually buy these wines in years to come. Growing value and not volume and embracing innovation and fresh thinking is the key for long-term success for the Douro.

Posted by danigongoozler on November 23, 2014 in Portugal

I had the pleasure of working with Danny Cameron and Ben Campbell-Johnston on the day of the “BFT” and experienced the event from both back stage and front of house. I probably shouldn’t be surprised by the high number of attendees and the general enthusiasm of tasters that came through the door, yet I wish this energy and keenness by the trade translated to consumers. I suppose there is still much work to be done in that respect.

So how did the day look in numbers?

Incredibly, 600 trade professionals registered – that is around 150 more than last year! My guess is that at least 75% of these made it to the tasting, which is not a bad statistic. 50 producers showed their gems with Sherry and Port taking up most of the floor. More than 400 bottles were available for sampling from Marsalas, Sherries, Ports, Madeiras, Moscatels, Maury, Banyuls, Rivesaltes, Topaques and Muscats. And to keep us all refreshed numerous coffees and teas were served throughout the day with some cheeky hot chocolates!

Why should you not miss out on this event next year?

Some are attracted by the racy freshness and complexity of Madeiras, some by the luscious caramel sweetness of Rutherglen Muscats, some prefer the rich concentration and power of aged ports, some come for the lively atmosphere and to catch up with old friends, some are more interested in the organised seminars and discussions and some well some just pop in for a quick sip and a tasty sandwich. Whatever your preference, if you have never been this tasting should be in your diary next year!

Posted by danigongoozler on May 2, 2012 in Uncategorized

Practical tips, tricks and info to help you get the most out of wine