Getting in touch with reality

Have you seen the new Virgin America flight safety video? No? Well 6 million people did through YouTube, 430,000 shared it on Facebook and 17,000 on Twitter, in less than two weeks. All this without even stepping on a plane! 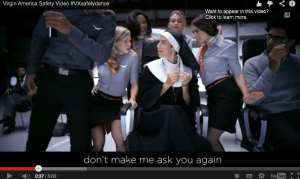 In-flight safety demonstrations are desperately boring. Few of us pay attention and even fewer find them entertaining. They have loads in common with wine talks and presentations. Finding ways to connect with people and the achieving the right tone (whether humorous or aspirational) that will resonate with them is not an easy task.

The wine trade is failing constantly while being routinely blamed for not communicating with their consumers. Frankly, this issue is not new. It has been talked about for years and not much has changed. In fact, it is as bad as ever despite all the communication tools we have available now.

Inside the trade bubble, we all seem to be quite comfortable, boasting of lavish dinners with winemakers, drooling over old vintages and eagerly discussing terroir and minerality. Just mention TCA and twitter will go ballistic. I think we have sucked the marrow out of natural wines, from both viewpoints. What’s next? I can see trunk disease or methoxypyrazines spurring animated conversations for days to come.  But as soon as we are asked to engage with punters we get wobbly knees.

The biggest challenge is to see both perspective and there aren’t many so blessed. Let’s hope that John Atkinson MW is wrong in tweeting that “The geek is always a geek. He can never be transformed.” 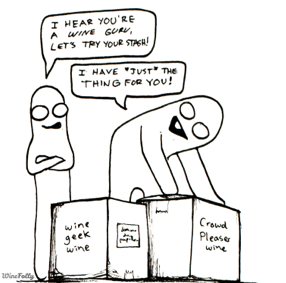 So why is it that we have not been able to capture the audience as many other industries have done so successfully? Look at spirits for example. With their rapidly growing global consumption  – by close to 9% in the last two years – they are literally changing our drinking behaviour.

This success is primarily driven by innovation, creative advertising, digital marketing and celebrity endorsement in spite of the weak global economy. The problem, as I see it, is that many wine professionals focus on changing and educating those new to wine. In fact, what we should be doing is interacting and connecting with them.

In the UK, the highest portion of wine is sold at £4-5 price bracket, the average price of bottle of wine is at £5.15 per bottle, nine in ten will be sourced from the major supermarkets and 60% will be on some type of promotion.  If you want to inspire people to drink better wines, this is what you are up against, people not wanting to spend much and discounts offering the strongest incentive.

Talking to consumers at the recent London-based wine fair organised by Spirited Wines/Nicolas, it became very clear that people are just not that interested in wine. Something that Robert Joseph, the ever-controversial wine critic, has been warning us about for a while now. 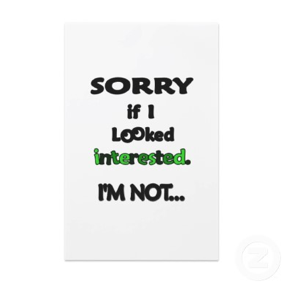 So there was me equipped (optimistically) with a large-format map of Burgundy and ready with details of soil and oak management for each wine. After all, I was presenting prestigious Albert Bichot wines including Grand Cru Moutonne. As an MW student I was ready for any wine-related questions coming my way.

Well, guess how many people asked me about the Burgundy? How the wines were made? Who made them? Count the fingers on both hands and you would not be far off.

Instead, people were eager to find out about me. Now I am not a particularly exciting or interesting person but many were keen to know why I study wine and what I do.  What wines I like and what wines should they buy. We talked about everything and anything  – sharing our holiday experiences, comparing our top dining encounters and gossiping about the latest TV shows.

What I learned that people like to talk to wine experts but only if they make them feel comfortable and communicate on the same level in a fun and engaging way. Not trying to blow my own trumpet too much, and mainly based on the punters’ feedback and enthusiasm around my stand, I think I did ok. I guess there was that gorgeous Grand Cru that probably had something to do with it too.

To get that perfect balance between being down-to-earth yet at the same time delivering an aspirational message is a tough nut to crack.  A great recent example is the Berry Bro & Rudd ad at the Telegraph. It manages to connect to the reader in a down to earth way and yet be aspirational. 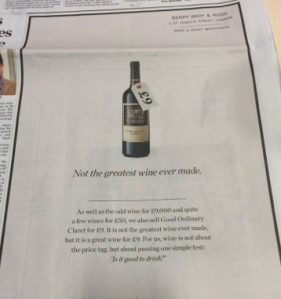 “As well as the odd wine for £9,000 and quite a few wines for £90, we also sell Good Ordinary Claret for £9. It is not the greatest wine ever made, but it is a great wine for £9. For us, wine is not about the price tag, but about passing one simple test: Is it good to drink”

So clever on many different levels. It pricks the pomposity of wine with the £9 price tag but also subtly it says that BBR sell wines that are far more exclusive.  It simultaneously appeals to people with a sense for value but also those who aspire to finer wine.

Posted by danigongoozler on December 5, 2013 in Uncategorized

Practical tips, tricks and info to help you get the most out of wine